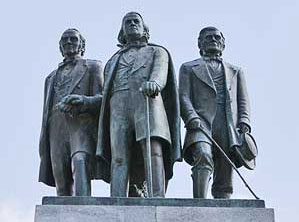 The first of its kind in the nation, the Tanner Humanities Center's Mormon Studies fellowship provides a doctoral student funds to spend a year researching the history, beliefs, and culture of the Church of Jesus Christ of Latter-day Saints and its members, or any religious group that traces its roots to Joseph Smith Jr. This fellowship is open to all dissertation level students of the Mormon Experience from any university in the United States or from around the world. Areas of focus include, but are not limited to: Theology, History, Sociology, Economics, Literature, Philosophy, and Political Science.

This fellowship supports academic scholarship.  It seeks to enlighten and educate while grounding understanding in serious research. Serious academic scholarship does not disparage or denigrate any religion, organization, people, or group. The fellow must be affiliated with a university and actively enrolled in a Ph.D. program.  A committee, chaired by W. Paul Reeve, Simmons Professor of Mormon Studies, and composed of scholars and members of the community who are informed and sensitive to the needs of Mormon Studies, select the fellow annually.

The fellowship was originally established with a grant from the George S. and Dolores Doré Eccles Foundation. Thanks to our generous donors, a $400,000 endowed fund has been created to ensure future funding for excellent Mormon Studies doctoral students from across the country. 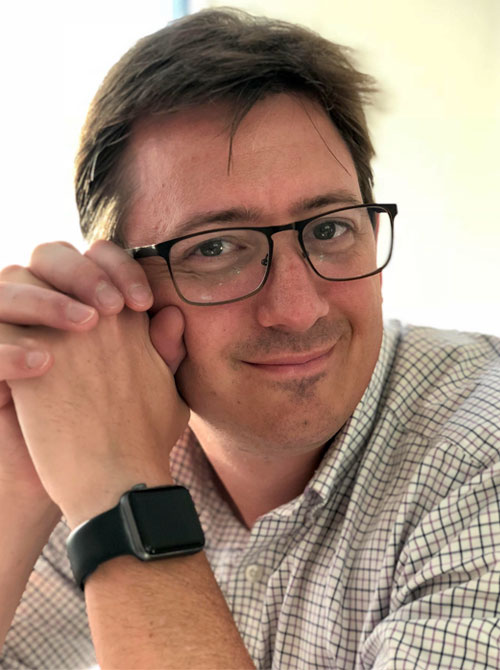 Ben’s project is titled "The Intellectual Roots of Latter-day Saint Creation/Evolution Conflict in the Twentieth Century: Expertise, Exegesis, and Ecclesiology.” He provides a historical analysis of the conflict between LDS proponents of creationism and evolution, as a case study in religious knowledge production, epistemological conflict, and competition for sociocultural authority. That is, throughout the twentieth century, different LDS scientists, scholars, Church leaders, and lay writers competed to claim the authority of “scripture” and “science” for their starkly contrasting positions on the possibility of biological evolution. Those positions arose from differing constructions of “expertise,” “science,” “scripture,” and “interpretation.” The end result of the study is a surprising understanding of how a Church with a pro-education, pro-science wary openness to evolution in the first half of the twentieth century could transition to a quasi-fundamentalist anti-evolution position in the latter half.

2021-2022 | Janan Graham-Russell
Committee on the Study of Religion, Harvard University

Janan’s research project, “Churched Bodies: Embodied Practice and the Maintenance of Mormon Identity Among Haitian Latter-day Saints in the United States” is a historical-ethnographic analysis of the role of the physical body, alongside liturgical and daily devotional practices, in the incorporation of immigrants and the construction of Mormon identity in the Mormon Church. She explores the process of incorporation among Haitian Latter-day Saints in the US, examining how non-white immigrant populations may integrate into both the Mormon Church and the United States, and how these processes intertwine. Further, she asks how narratives of race and gender in Mormonism and in the US contextualize the integration of Haitian members as well as interpretations of “belonging” among Haitian and non-Haitian members.

Hannah’s research project investigates secrecy as a cultural phenomenon that shaped the lives of Mormon polygamous families in the late nineteenth and early twentieth centuries. Foregrounding the experiences of families, she examines their practices of secrecy and how secrets changed Mormons’ relationship to the government and their religious community.

My project, titled “Homespun Respectability: Silk Worlds, Women’s Work, and the Making of Mormon Identity, 1850-1910s,” traces the history of silk production in the nineteenth-century American West to argue that early Latter-day Saints used labor, commerce, and commodities to negotiate their identities as religious outsiders and respectable American citizens.

In “Understanding the Rise of Mormonism in the Aba-Uyo Hinterlands of Nigeria, 1960-2005,” Hurlbut examines why the Igbo and Ibibio of Southern Nigeria abandoned established mission churches and African indigenous churches in order to join the LDS Church in the late-twentieth century. It also asks how this religious change affected not only the LDS Church’s policies and practices, but also Igbo and Ibibio culture. This project will provide insights into religious conversion in Africa, cultural change, and the transformation of Mormonism into a global faith during the second half of the 20th century.

My project analyzes the historic connections between nineteenth-century Mormons and spiritualists and investigates how and why the practice of spirit communication translates into the present for Mormon members of outlier groups. In particular, I am interested in the ways that Mormon individuals and groups utilize this practice to harness spiritual power.

Enamored but Ambivalent: Mormonism and 20th Century New Media is an interdisciplinary and interpretive analysis of Mormonism’s historical relationship with new media technology. Feller plans to explore the existing tensions by examining Mormonism’s approach to emerging radio, television, and Internet technologies across the 20th century.

My dissertation project situates and examines articulations of Book of Mormon identity by American Indian Latter-day Saints as an emergent Indigenous subjectivity. Since The Book of Mormon purports to be a history of the ancient Americas and narrates a racialized origin story, it has a profound influence on the way many American Indian Latter-day Saints view their past and present identity.

Nathan's research project, titled “Mormon Political Thought in an Age of Pluralism,” examines the effects of political pluralism on the Mormon Church and its people since the late-nineteenth century and explores the competing strands of political thought that emerged.

Mees's research project, titled “The Ritualization of Modern Mormon History: Tracing Global Memory in a Global Zion,” investigates the transnational context of Mormonism by tracing cultural memory as it passes borders (both real and imagined, physical and cultural) in a global Mormon community.

Max's research project, titled “Beyond the Priesthood: Race and Gender in the History of African American Mormons” examines the experiences of early black Mormon pioneers—most notably Jane Manning James—in light of the evolving racial and gender politics in Utah from the arrival of the first pioneers to Salt Lake in 1847 through Utah statehood in 1896.

Kate's research project, titled “Radical Food: Mormon Foodways and the Ameri­can Mainstream,” examines LDS food cul­ture throughout the mid-20th century and how this culture affected the relationship between Mormons and broader society. Kate is now affiliated with the Department of Church History.

Past Applications (for reference only):