Indigenous Perspectives on the Meanings of “Lamanite”

On August 4-6, 2022, the Mormon Studies Initiative at the University of Utah hosted a workshop of scholars from around the globe who study Indigenous Perspectives on the Meanings of “Lamanite”. Two of the events were open to the public and are now publicly available below.

Reflections on Discourses about “Lamanites”: A Panel Discussion 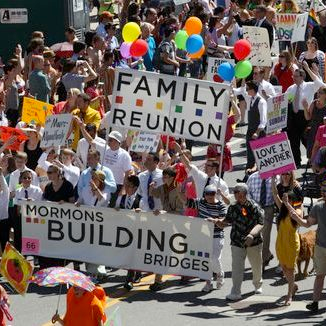 In an address in 2017, President M. Russell Ballard identified the importance of LGBTQ+ Latter-day Saints having “a spiritual home” in the LDS Church. This annual forum brings together academic, ecclesiastical, and community voices in a way that broadens what is too often an entrenched debate around the experience of sexual and gender minorities and the LDS Church. Without minimizing the conflict or offering simplistic solutions, this annual forum invites all participants to dig deep into new ways of thinking about the issue.

On June 8, 1978, The Church of Jesus Christ of Latter-day Saints announced President Spencer W. Kimball’s revelation extending the lay priesthood to “all worthy male members…without regard for race or color.” To mark this event and analyze the LDS church’s ongoing efforts to achieve racial equality, the Tanner Humanities Center at the University of Utah hosted “Black, White, and Mormon II: A Conference on Race in the LDS Church Since The 1978 Revelation” in the Salt Lake City Main Public Library.

In collaboration with the College of Humanities’ Simmons Mormon Studies professor of history Paul Reeve, the multidisciplinary conference continues the discussion of race and the LDS church following the 2015 conference by the same name.

The conference began on June 29, 2018, with the Sterling M. McMurrin Lecture on Religion and Culture delivered by African-American writer, historian, activist and member of the LDS church, Darius Gray. Gray joined the Mormon church in 1964 and has been a central figure in pressing for racial change and serving as a voice for African-American Mormons.

On June 30, 2018, scholarly and community panels will explore how African American Mormons understand America’s current racial and religious climate, examine the Mormon church’s racial policies and practices, and survey the impact of the 1978 revelation.

“This conference continues our focus on race and the LDS church,” said Bob Goldberg, director of the center. “Timed to this special anniversary, it considers how far black saints have come and how far they may still have to travel toward equality. These questions, in fact, must be raised in regard to all aspects of American society.”

Black, White, and Mormon I Panels

Opening Plenary: Dr. Lester Bush reflects on the forty-two years since his seminal article was published in Dialogue which undermined the standing historical narrative that the LDS Church's priesthood ban began with Joseph Smith. We invited Bush to consider the past forty years: what has changed, what has stayed the same, and what steps are yet necessary to bring about change. Bush's lecture served as the keynote address to "Black, White, and Mormon: A Conference on the Evolving Status of Black Saints within the Mormon Fold".
Commemoration: A Tribute to Those Who Died From Ferguson, Missouri to Saratoga Springs, Utah and from Baltimore to Charleston, racial violence has shaken the nation. This commemoration will offer opportunity to remember those who died and reflect on the power that race holds on our lives.
Race & the Inner City: This panel considers the historical connections between race and the American inner city in a secular sense and then explores Mormonism's intersections with race and the urban environment now and in the future.
Race & Mormon Women: This panel discussion considers the place of black women within the LDS tradition. What does it mean to be black, female, and Mormon?
Elder Joseph W. Sitati: Since joining the Church in 1986, Elder Sitati has served in numerous callings, including branch president’s counselor, branch president, district president, mission president’s counselor, stake president, Area Seventy, and mission president. He also served as the Church's international director of Public Affairs for Africa. Joseph Wafula Sitati was born in Bungoma, Kenya, in May 1952. He married Gladys Nangoni in July 1976. They are the parents of five children and currently reside in Salt Lake City, Utah. (via LDS.org)
Race at Brigham Young University (BYU): A panel discussion of alumni, faculty, and students that explores the experiences of black students at BYU. The panel considers black Americans vs. African students, isolation, recruiting, and interactions with the white student population.
Race at the Ward: This panel focuses on the ways race effects how Latter-day Saints fellowship, proselytize, and teach each other in the ward. Dalyn Montgomery will present, “Obstacles Specific to African Americans Joining the Church of Jesus Christ of Latter-day Saints and Remaining Active,” followed by a panel reaction and response.

Opening Plenary: 2018 Sterling M. McMurrin Lecture on Religion and Culture by Darius Gray, "A 54-Year Journey Toward Racial Equality in the Mormon Church". Trained in broadcast journalism, at the University of Utah and Columbia University, Darius Aidan Gray worked for KSL radio and television during the late 60s and early 70s. He especially enjoyed documentary film production and was privileged to be placed on loan to UNICEF to film grassroots aid projects in several African countries.
Introduction & Century of Black Mormons Announcement:Tanner Humanities Center Director Bob Goldberg opens the conference, followed by Dr. Paul Reeve of the University of Utah, who introduces the new database of early black Mormons, Century of Black Mormons, created in conjunction with the Marriott Library.
Racial Battle Fatigue and Racial Violence: This panel offers an overview of racism in America and in the LDS Church and examines the obvious and hidden costs of prejudice. Gabriel and Smith will discuss the impact of racism on African Americans through their research on racial violence and racial battle fatigue. Vann and Williams will respond by examining how these issues play out in the LDS community.

Getting Past the Racial Past: This panel addresses racial issues in the LDS Church since the 1978 policy change. It asks what progress has been made, what has stayed the same, and what still needs to change. Reeve will outline the historical context and examine the lingering impact of "whiteness" on Mormonism. Corbitt will address the Church’s outreach toward blacks and what that outreach might suggest about contemporary senior Church leaders’ perspectives on blacks in the present and future of the Church. Wain Myers was recently released from the Genesis Presidency and is the author of From Baptist Preacher to Mormon Teacher. He will consider the role of Genesis on the African American community from the perspective of Salt Lake City and from his experience in Genesis outside of Utah. Alice Burch will discuss her work as the president of the Genesis Relief Society.

Coming of Age Under the Revelation: This panel addresses the racial and religious issues facing Mormons who came of age after the 1978 revelation. Rugh will address the sociology of race and Mormonism and how this impacts its young, black members and the work he has done with students at BYU on race education and integrated classrooms. Remaining panelists will detail their generations' experiences in the LDS Church and consider how America's current racial and religious climate influences their faith.

Race, Religion, & Community:This panel considers the way race intersects in church and community. When racial issues percolate nationally, such as police shootings, the Charlottesville violence, and National Anthem sports protests, black Latter-day Saints sometimes feel invisible among their white congregants. Conversely, while local black churches and community groups such as the Utah Afro-American Historical and Genealogical Society and the Utah Black Roundtable address racial issues regularly, they must do so in a community dominated by white Latter-day Saints. Together, these panelists will discuss how to build productive community connections to navigate contemporary racial issues and concerns.
Last Updated: 9/6/22